Rural internet options: not a myth

Even without fiber and cable, there's hope for getting rural high-speed internet. 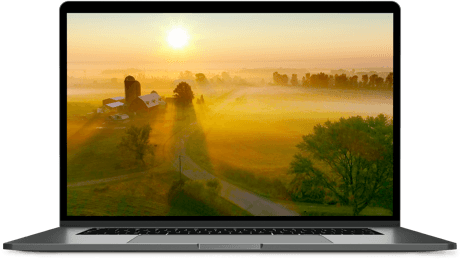 How to get internet in rural areas

Commercials from the big-name cable internet providers make hyper-fast internet sound dreamy, but they tend to leave out one difficult detail: they don't always offer internet for rural areas. Lucky for you, that doesn't mean you have to go without rural broadband.

Internet providers like Viasat have developed creative and, most importantly, effective rural internet solutions. It's not fair that in today's connected world, you should go without just because you live "too far" from a cable provider—and Viasat is doing something about that.

If you need to get connected in a hard-to-reach area soon, take a look below to learn more about your rural internet options. 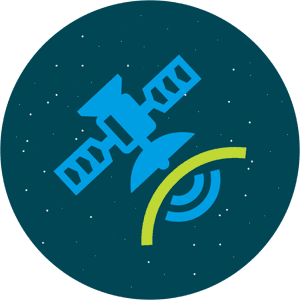 Satellite internet sends internet signals to and from your home by bouncing them off stationary satellites in the earth’s orbit. With more advanced technology than ever, Viasat can now offer unprecedented rural satellite internet speeds—up to 100 Mbps in some areas. That’s as fast as some cable plans.

Satellite internet has a bit more latency (lag) than traditional internet, because the radio waves carrying your data travel 22K miles to space and back. But latency is measured in milliseconds, so it’s often undetectable. Plus, with the faster speeds now available from Viasat, you can expect better overall internet performance.

Best for: Daily activities like banking, shopping, email, social media, and occassional streaming, depending on your plan speed 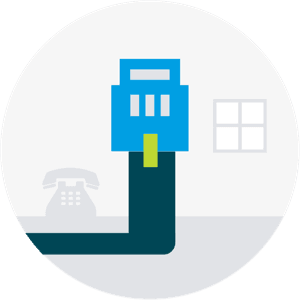 Dial-up, the first type of internet ever available, is still available in most areas because it runs on landline phone networks.

As you may already know, dial-up can’t support a Wi-Fi network, run at the same time as your landline phone, or reach speeds above 1 Mbps. As a result, it’s often a last resort for getting rural internet access—but a lifeline all the same.

Best for: Web surfing and checking email on a single computer 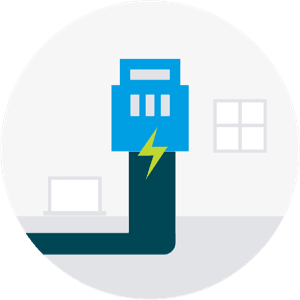 DSL, which stands for Digital Subscriber Line, runs on landline phone networks just like dial-up does. However, it sends rural broadband signals at higher speeds than dial-up and doesn’t block your telephone signal.

DSL isn’t always available in rural areas, and when it is, it’s often slow. That’s because distance affects the speeds you can get—the farther you live from the provider’s ground station, the less speed will reach you.

Best for: Daily activities like web surfing, email, and social media on a few devices, depending on your plan speed 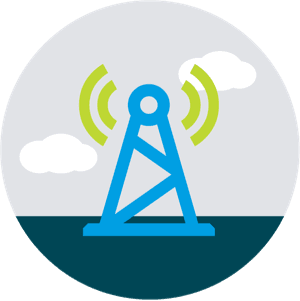 With fixed wireless, proximity is crucial for getting a reliable signal. Your home equipment needs a clear line of sight to the broadcast tower, or your connection will be spotty.

Best for: Daily activities on a few devices, depending on your plan speed

How to choose a rural satellite internet plan

Some online activities require more speed to give you a seamless experience. As a rule, the more audio, video, and user interaction in your internet activities, the more speed your rural satellite internet plan needs.

If you hold weekly video calls with your family, you'll use more data than a family that has the same tradition once a month. Look for a higher plan speed and priority data threshold for better performance through the month.

Every device puts demand on your home Wi-Fi network. Look for plans with higher speeds to support multiple phones, tablets, computers, and other smart gadgets, especially ones with large or high-resolution screens.

With unlimited rural internet from Viasat, you never have to budget for overage fees. Plus, after your new customer price expires, your rate stays locked in through month 24. Plan for the speed you can afford with Viasat.

Also no. Viasat wouldn’t be able to deliver such fast and reliable high-speed internet in rural areas if it dedicated an equal amount of the network to TV broadcasts. Although network TV is a worthy service, Viasat prioritizes rural high-speed internet because it’s in higher demand and offers access to key online services like telehealth, schooling, and banking.

To get Wi-Fi for rural areas, sign up with a rural broadband DSL or satellite provider and follow your provider’s instructions for setting up your home network.

You can also get wireless internet in the country by signing up with a fixed wireless provider. It won’t be a private home Wi-Fi network, because the signal will come en masse from your provider’s tower. But, provided you have a clear signal, you can use the connection from any room.

Dial-up, DSL, and fixed wireless connections tend to offer unlimited data as the default, so they don’t state that as a benefit. Traditional satellite providers may sell metered plans with data caps in some areas, while Viasat offers primarily unlimited plans and clearly states that in the package details.

That said, plans, speeds, and prices often vary by location. When you shop for unlimited rural internet options, look for the terms 'unlimited plans', 'unlimited data', or 'no overage fees' in the package details. If you’re not sure, call and ask.